Welcome to Waterloo Regions premier comedy production company. Rusty Nail Comedy offers best stand up comedy to Waterloo Region and beyond. If it’s at our home in Downtown Kitchener or your private event you can count on Rusty Nail to provide top notch comedy entertainment. We can make your night or event one to remember and keep you coming back for more laughs. Contact us to book your table or to get some details about hosting your event!

How it all started

Stand up comedian Alex (Sandy MacFarlane) produced his first show in Kitchener- Waterloo May 2011 at Morty’s Pub in Waterloo, 5 year & lots of shows later in 2016 Rusty Nail Comedy was born. Over the years Rusty Nail had put together 100’s of his quality comedy shows for 1000’s of people over the Waterloo region. Performing shows at pubs, restaurants, hotels, you name it. We also have done birthday parties, employee appreciation, retirements , corporate parties anywhere people wanna laugh Rusty Nail will be there.

Rusty Nail Comedy Club is located inside The Crazy Canuck DTK, pro comedy shows every Friday and Saturday night. Unless it’s a special event tickets are $20, you can usually find them on Eventbrite or pay at the door cash debit or credit. Line ups can be found on Instagram(rustynailcomedy) & Facebook (Rusty Nail Comedy). Line ups are subject to change without notice <—-But they are always awesome!

Rusty Nail Comedy operates under the philosophy “Comedy will save the world” & “laughter is the best medicine”. 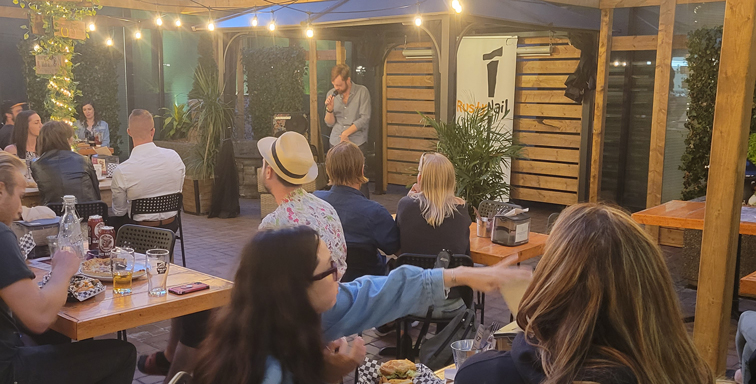 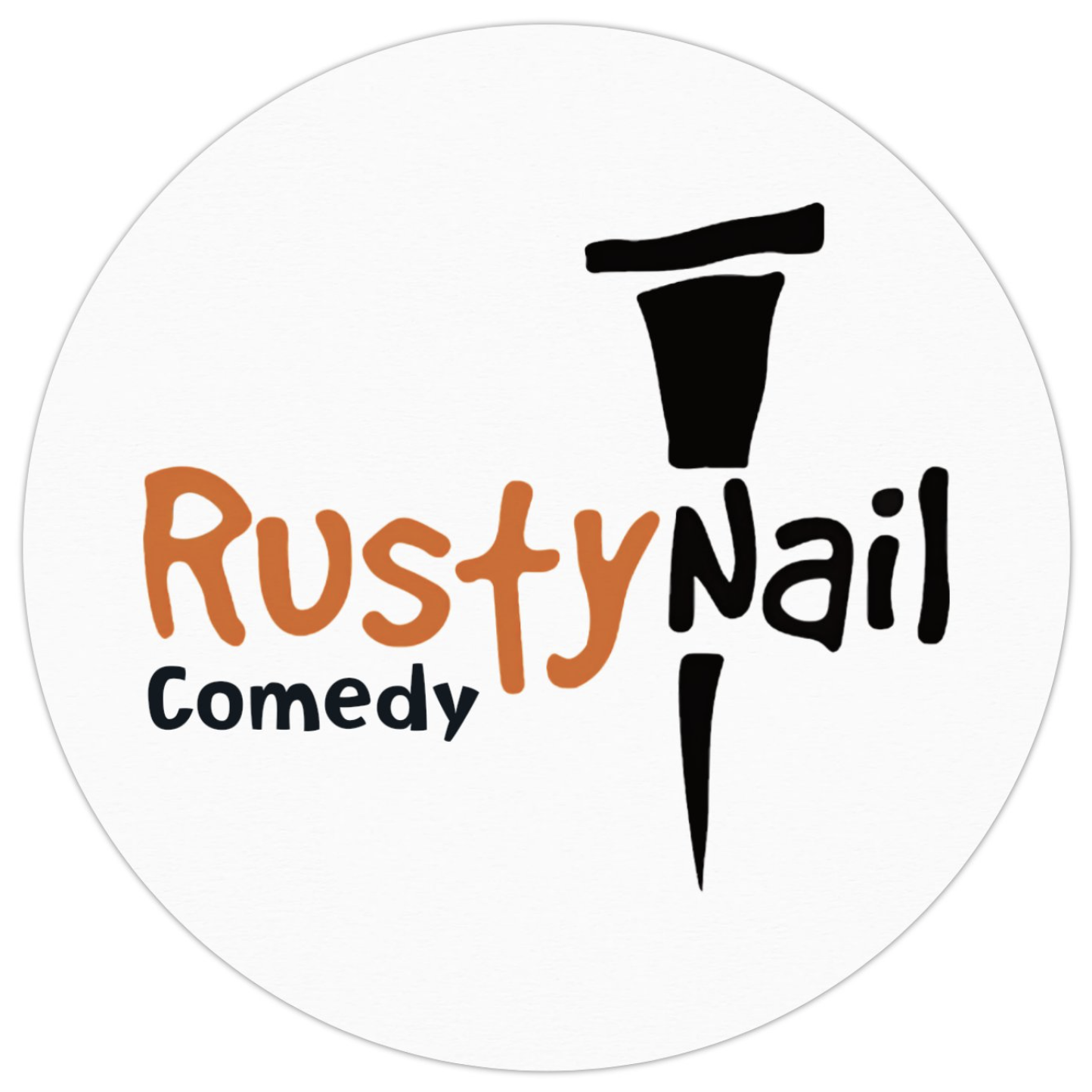 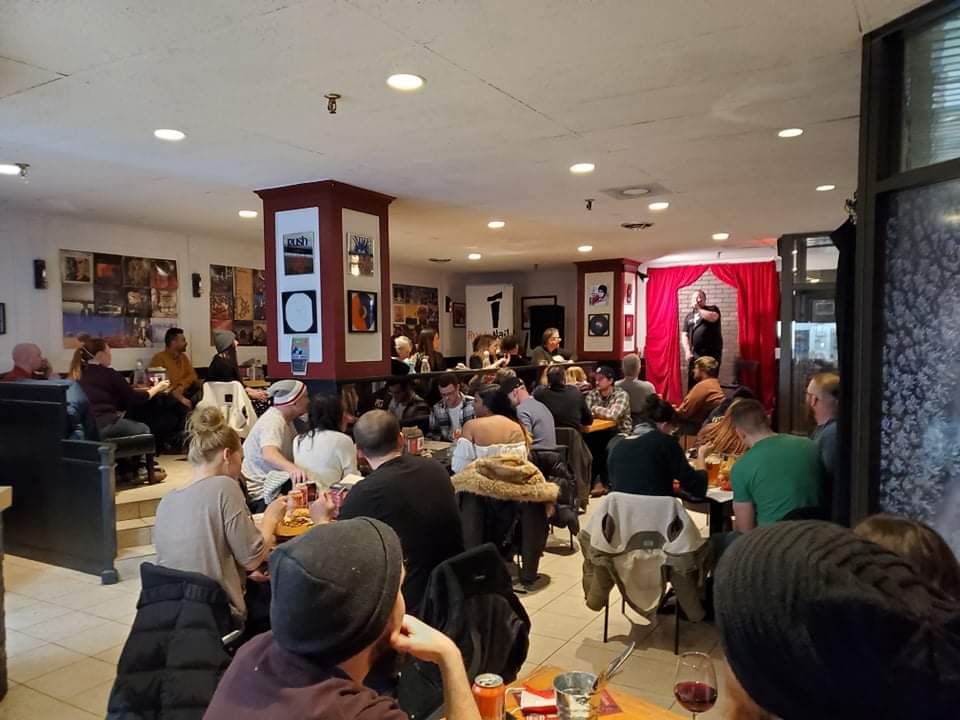 Shows every Friday and Saturday night at the home of Rusty Nail Comedy Club: The Crazy Canuck Downtown Kitchener. Start time is 8:00 PM with a different lineup each night every week. Check our line ups on Facebook or Instagram(line ups subject to change without notice)
To reserve your table email [email protected] or call 519 502 2206 OR Tickets also available on Eventbrite. 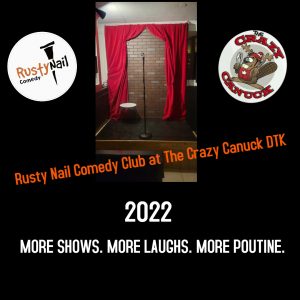 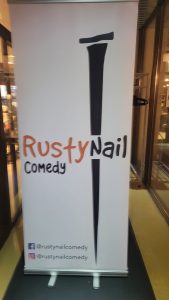 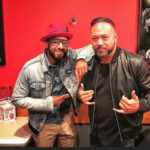 Hire us for your next event.

Live comedy just for your team or charity

Looking for something fun and unique for your next event? Rusty Nail Comedy will produce a comedy show that will make your event unforgettable. Rusty Nail has entertainment to fit your budget and audience. We only bring in the best pro comics from around Canada, if it’s a full 2 hour comedy show or a 15 minute guest speaker Rusty Nail has an event to meet your needs and exceed you expectations.

Rusty Nail has performed for every type of event for everybody from 18-65 years old and companies love us! Recent clients include The Rotary Club of Kitchener, TD Canada Trust employee appreciation, Miovision, Auvik Networks yearly kick off, Bluevale teachers, trillium West Real Estate .We have also done dozens of private parties and birthdays.
We come to you or Rusty Nail can help find the perfect venue and even help with the menu.

Holding a fundraiser and need an idea different than the same old event? Well everybody likes to laugh! Hire Rusty Nail to help your fundraiser get to your goals!

Contact Rusty Nail Comedy for details and a quote to make your event amazing!

“A day without laughter is a day wasted”

Hi Alex!  We had such a great time. I haven’t smiled and laughed like that in a long time!
Erin Knight
Broker - Trillium West Real Estate
“Thank you Alex! The staff were SUPER PLEASED with the show!
.
.
Great laughs for a Friday night 🙂
Ashley - Organizer of Events
Bluevale Teachers

Feel free to reach out to us anytime!